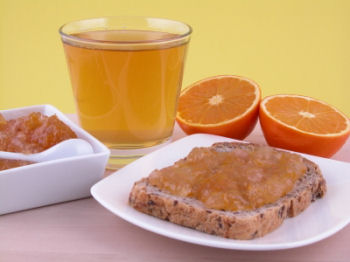 So far I’ve been able to stick to my eating schedule, although I have to admit, I did some impulse eating today and some of what I ate wasn’t necessarily good for me, but I still managed to keep the calorie and fat count low.

I started the day with some V-8 Fusion light (50 calories) and a slice of raisin bread (80 calories). I usually try not to eat bread because I find that bread fattens me faster than anything; but I was hungry and the bread was the first thing I got my hands on. So for breakfast I consumed 130 calories. Then a bit later I had a serving of 100% white corn tostitos. That brought my total calories to 270. A bit later after having the Tostitos I had 2 servings of whole Okra, 60 calories, bringing my total calories to 330. I then had a half a serving of Honey Bunches of Oats with Vanilla clusters which was approximately 110 calories. So I’ve consumed about 440 calories today, but I’ll call it 500.

Later I plan to work out for 30 – 60 minutes. I’ll do some dance aerobics to Britney Spears’ Gimme More. I like the beat. I imagine by the time I go to bed I should have burned about 200 calories which will reduce today’s calorie count to 300.

Yes, I know this is a bit irresponsible to be trying to survive on 300 – 500 calories per day; but I am starting to see myself when I look in the mirror instead of the stranger who has been looking back at me for some time. I’ll never be 25 again, I know, and that is not my aim. I’m not interested in having people “compliment” me on how skinny I am. I put compliment in quotes because that’s how I used to look at it when people would talk about how extremely thin I was when I was starving to keep my weight at 90 – 100 pounds. I used to feel like I was something special. I understand now that I had a problem, and I’ll admit that I probably still do have some body image issues; but nothing quite like I did before gaining weight and joining in the struggle to keep it off. Although I was always in the struggle to keep it off because that’s the whole point of starving to be thin.