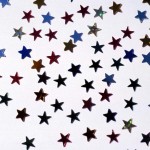 One of America’s favorite shows has returned to the airwaves. That’s right, music fans (and train wreck fans), American Idol is now in its eighth season! The show couldn’t come back fast enough for us. We have to admit, the fun of American Idol isn’t just watching it for us — it’s discussing the contestants with like-minded fans. Which singer performed best? Were the voting results fair? Who deserves to win it all? If you’re looking for a place to talk with other fans about the show, we recommend Idol Fan Forum, a great website for viewers to discuss the hits and misses on the popular show. It appears that this season, the website will include recaps of each episode of the show, perfect if you’re one of those people who has trouble keeping track of the contestants’ names or remembering who sang which song.

The show is mixing things up this season by adding a fourth judge to the panel: singer, songwriter, and record producer Kara DioGuardi. The results shows will drop back down to half an hour in length, something that we haven’t seen since season five. And there is a promise to focus less on the embarrassing auditions and more on the genuinely talented singers that stand a real chance at being crowned the next American Idol. There’s also talk that we will learn more about these contestants than we have previous ones: more about their personal history, dreams, and aspirations. That could be a good thing or a bad thing, in our opinion. While it’s always good to feel a little more like the singers are real live three-dimensional people, our favorite element of the show itself is, of course, the singing. It’s the core of the show, after all. Hopefully, any changes this season and in future seasons won’t serve to detract from that.