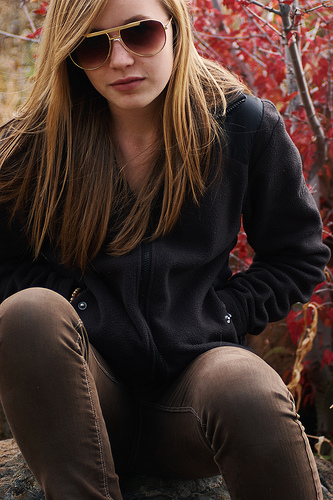 I put an ad on craigslist trying to find women who have had affairs with wealthy men. Simona (not her real name) replied to my ad and she and I had a ten minute chat via yahoo instant messenger.

I asked Simona to tell me about the wealthy man with whom she had her affair.

Simona claimed the gentleman who paid her half a million dollars was the CEO of a pretty big company. She wouldn’t name the company because she felt it would then be easy to figure out the name of the CEO. For the purposes of this post we’ll just refer to him as John.

Simona claimed she met John when she was hired as the nanny to look after his infant son and toddler daughter.

John was 58 and his wife (lets call her Diane) was 43. Simona was 23 at the time of the affair. She said she had always gotten the feeling that John had a sexual interest in her, and she put it to the test one night while Diane was away in Italy.

Simona admitted she had no interest in John herself. She had always wanted to have an affair with a rich man and she pursued a nanny position just because of the opportunities she felt it would provide.

Simona claimed she gave John “the ride of his life” the night she seduced him, and he became immediately hooked. He made her quit her job because he didn’t want to take the risk of sleeping with her with his wife under the same roof (her job was a live-in position).

After she quit working for John and Diane, John put Simona in a $10,000 per month apartment. They had an affair for 13 months, then he broke things of with her, paying her $500,000 (after she insisted on that amount) to keep their affair secret.

If this story is true (I only have Simona’s words to go on), Simona might be proof that you can get rich being a nanny as long as you’re prepared to sleep with your employer for thirteen months. You might want to make sure first that your potential target makes enough money to afford to pay you half a million dollars in hush money once he’s ready to break off the affair.