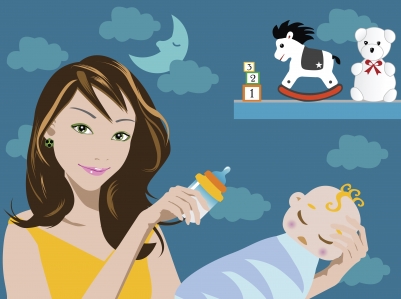 Dear Rich Bitch, did you hear that Jennifer Lopez is not breast-feeding her twins? What do you think about that? Do you think rich women are so full of themselves that they put their vanity above the health of their babies? Deena

Dear Deena, no I had not heard about Jennifer Lopez not breast-feeding her baby; but I did look it up after reading your question and I did come across a few discussions where people seem to think Jennifer is being selfish and depriving her babies of the benefits of mother’s milk. To be honest I believe that it should be left to a woman to decide whether or not to breastfeed and I don’t think mothers who breast feed are better mothers than mothers who don’t breastfeed. I also don’t think the choice not to breast feed is a choice made only by rich women putting their vanity above the health of their babies; but I can agree that vanity does play a part in a woman’s decision not to breast feed.

At the risk of getting too personal, I became a mother when I was 18 years old and I did not want to breastfeed my son because I was embarrassed about having my breast hanging out for all to see; but my mother kept on insisting that I was doing the wrong thing by not breast-feeding, and after a couple of weeks I began to breastfeed my son. I breastfed him until he was nearly two and since that time I have had major body image issues where my breasts are concerned. I lost my breasts as a result of breast-feeding and then drastically dieting to lose my pregnancy weight. Being only 18 you can imagine how depressing it was to have to walk around with breasts resembling those of an old woman. I have always vowed that if I ever have a daughter I will tell her that breast-feeding can ruin her breasts and that her baby will only breastfeed for a year or two but she’ll have to live with her ruined breasts forever.

I can’t fault a woman for choosing not to breastfeed because she doesn’t want to lose her breasts.