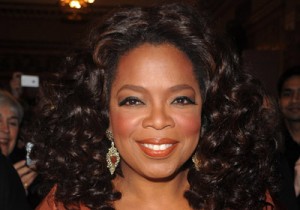 Oprah Winfrey announced several months ago that this year will be her last season. Recently she has been interviewed by TV Guide and we will post some highlights for you here.

“I don’t intend to be crying the whole season,” Winfrey told TV Guide. “The only time I get really emotional and nostalgic about the show is when I think about the viewers. Hopefully some of them will follow me to OWN, but I know not everybody will.”

“I can assure you we’re saying to all of our celebrity friends this is not the year you can come on and just promote your book or promote your song. You have to create moments,” Winfrey said.

TV Guide Magazine: Throughout the season, will you go back to your favorite moments on the show?
Winfrey: “There will be some of that. We have nearly 5,000 hours [of footage], and we broke up into different teams of people who have over the past eight, nine months looked at every single show. ”

TV Guide Magazine: Have you asked President Obama to make an appearance?
Winfrey: “No, I did not ask him to come on this year. But I did say, “I’m sure you will hear from somebody on my team before this year is over.” [Laughs] I’m sure that at some point I will see a taped message or something.”

TV Guide Magazine: Is there a secret to creating a great talk show?
Winfrey: “The secret is authenticity. The reason people fail is because they’re pretending to be something they’re not. And even those who are not in alignment with my value system, people like Jerry Springer, he works because he’s real. If you can find what the passion is and figure out a way to express that in an authentic and entertaining way, you have a chance at success.”