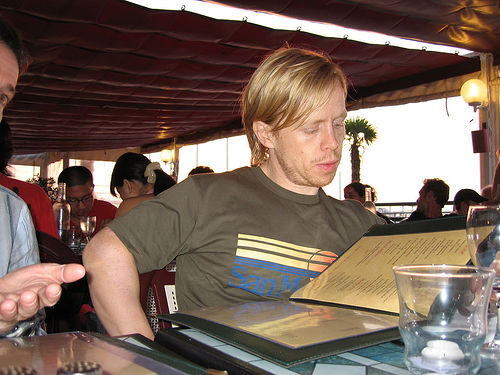 The headline pretty much says what needs to be said. If you are conservative at work but liberal in the bedroom, extraordinary and know there is no such word as “conversate”, there’s a professional white male who might be looking for you. He placed his ad all the way back in January so he might have already found what he was looking for; but you never know. He might still be looking and you might just be perfect for him.

This gentleman was needing to find someone with whom he could spend time when in New York. He’s a business man who travels frequently. According to his self-description he is well-tailored, well-traveled, and well-educated; 6’2, blonde with a hint of gray, has green eyes, has tattoos, has an Ivy League education.

He might take exception to being pursued for money though so if you’re going to contact him you might not want to mention that you found his information while looking for rich men to marry.

Note: Image featured is not a picture of the gentleman in question.