Get them talking about you! The problem with girls like you and me is that we don’t have the courage to stand out for better or worse. I used to want to model, but I was always painfully self-conscious whenever a 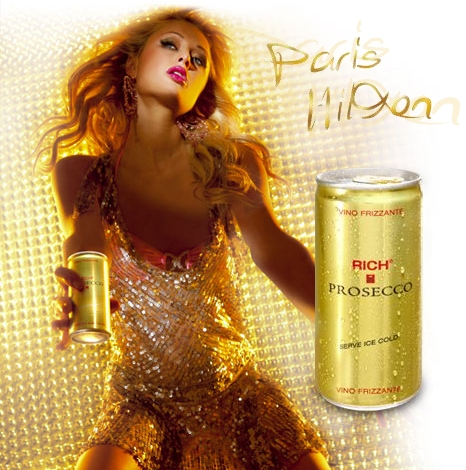 camera was pointed in my direction. I was always worried that I looked ugly or stupid to the person holding the camera or the people who might be standing around watching. This self-consciousness and paranoid belief that people saw something ugly and worthless when they looked at me got in the way of many things I would have liked to do. It made me too self-conscious to relax when a camera was pointed at me, so my pictures always came out with me looking less attractive than I personally considered myself to be, and I consequently started believing I wasn’t “model material”. My paranoia also made me too self-conscious to ever get up on stage and perform, whether to sing or dance or act, things I used to wish I had the courage to show the world I could do. So my dreams of becoming an entertainer were buried and eventually forgotten. I might already be a rich bitch had I not been so afraid of ridicule.

If there’s one thing about Paris Hilton, she doesn’t let the negative opinions of other people keep her down. Quite the contrary, she capitalizes on people’s need to talk about her and put her down. She understands that as long as people are talking about her, that means she’s interesting enough for them to take time out of their busy lives to form an opinion about her in the first place, and for them to actually need to express their opinion about her to other people and engage in conversations about her. It means that just about anything she does will get talked about and that makes for a dream situation when you need to market a product which Paris Hilton often does need to do considering her numerous business ventures.

If you can get people talking about you and, like Paris, you’re able to at least appear on the surface to be unaffected by the things people are saying about you, then get them talking because even bad publicity is good publicity. You can always find a way to capitalize on being the center of attention.

[ Image copyright notice: The image used in this post is of a poster, and the copyright for it is most likely owned by either the publisher or the creator of the work depicted. It is believed that the use of scaled-down, low-resolution images of posters

qualifies as fair use under US Copyright law. This picture is used to illustrate the point that Paris Hilton capitalizes on her popularity as a public figure to sell products. ]