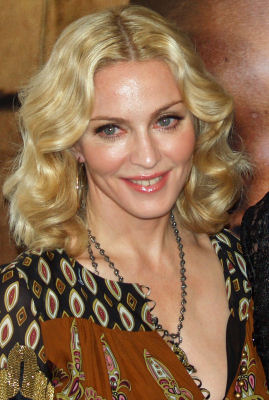 In a previous post we discussed how you have to be smart if you want to finish rich. We referenced Zoe Cruz and her Harvard education in stating that some of us are never going to have that kind of advantage. After all not everyone can have the kind of brain to get them into Harvard University; but fortunately for those of us who would probably struggle at City College to get a B average, you don’t have to be Mensa material to achieve success in life.

Unless your aim is to become the most powerful woman on Wall Street holding a lofty position as the co-president of a billion dollar corporation such as Morgan Stanley, it’s not necessary to be as smart as Zoe Cruz. Nonetheless, unless you have something else to fall back on like mega talent or supreme beauty, you will need be at least smart enough to know how to compensate for your limitations.

Madonna knew how to compensate for her limitations. She was an average girl with an average IQ, average looks, and average talent. She wasn’t going to get into Harvard for her brain, and no one was going to hand her the world on a platter because of her looks. She also wasn’t going to have doors being opened for her because of her talents; so what did she do? She found ways to open the doors for herself and to take what she wanted from life knowing no one was going to hand her anything. For Madonna it meant acquiring a thick skin, because when you’re going to march in and take what the world doesn’t think you deserve to have because you’re not smart, pretty or talented enough to deserve it by their estimation, people are going to regard you a bully and they’re going to try to thwart you at every step.

Madonna was a determined woman. She was not going to leave it to other people to decide whether or not she belonged at the top. She decided she belonged and she set off to get to the top using whatever means necessary. She broke rules because she had to break them. Had she not broken the rules she could not have achieved her goals because the rules she had to break are set in place to further limit the people who abide by them. In breaking the rules she made people gasp in shock at her nerve, but therein was the secret to Madonna’s success.

As a woman you stand out in this world by being something to talk about, whether because you’re smarter than average, more beautiful than average or more talented than average. Madonna wasn’t smarter, more beautiful or more talented than average, but she was more daring than average. She came onto the scene singing songs about teenagers having sex and getting pregnant. The general consensus was that she had no talent whatsoever for singing, but her songs became number one hits because they touched a chord one way or another. It was like Madonna was giving voice to the reality of teen sexuality, and it was liberating for teenagers while being objectionable to their parents. She became for one group a sort of savior and for another a sort of devil stirring up trouble; but either way the world now knew her and the world was now talking about her and the world would continue to talk about her for decades as she continued to give them something to talk about.

You can bet that if Madonna wanted to get into Harvard now they would throw their doors wide open (assuming they haven’t already offered her an honorary degree); and wasn’t she at one point selected by People Magazine as one of the most beautiful people in the world? As to her talent, she’s still performing at the age of 50 and is the richest female recording artist in the business, richer than Mariah Carey who can sing the roof off a performance hall.

Did Madonna achieve all she has achieved because she was lucky? Or was Madonna just a very smart woman who knew that just because you don’t have the IQ of Marilyn Vos Savant, the looks of Angelina Jolie or the talent of Mariah Carey doesn’t mean you can’t become a success in life doing whatever it is you want to do?

So you want to become a rich bitch trading forex but do you even know your economics?