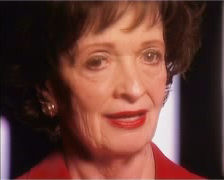 Marilyn Carlson Nelson, former CEO and now Chairman of the Board of the Minnetonka-based travel, hospitality and marketing conglomerate known as Carlson Companies is quoted in a Times Online 2007 article as saying:

An individual’s first step toward creating a solution is believing in one’s ability to do so.

Do you believe in your ability to solve your money problems? Or are you the biggest block standing between yourself and the life you want? The simple fact of the matter is if you don’t believe you can create for yourself a life of wealth and abundance, you won’t create a life of wealth and abundance. So start examining why you’re so filled with self doubt and try to come to some point of recognizing whether your concerns are valid or invalid.

Should you come to the decision that you really do not have the ability to create a life of wealth and abundance, figure out what you need to do to fix the problem of your lack of ability; and should you come to the realization that you are in fact capable, expend your energies at applying your abilities instead of spending your time doubting yourself.