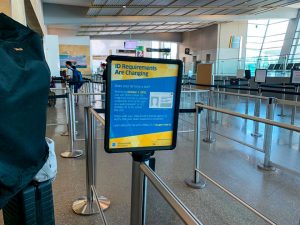 FAS stands for Freely Associated States and by the U.S. Legal definition includes the Republic of Palau, the Federated States of Micronesia, and the Republic of the Marshall Islands. Citizens of the FAS can get REAL IDs and have been able to get them for a while now, but have found that getting them is quite difficult.

Because of this difficulty, a new change that was signed to the REAL ID ACT on December 18, 2018, and this took effect on September 4, 2019. Now people in the U.S. that are from the Freely Associated States can get a REAL ID easier using their unexpired passport and an I-94 form which is an arrival/departure record.

However there are still some problems for people in the FAS when it comes to having an unexpired passport. This is because due to the Compact of Free Association people from the FAS are allowed to enter, study in, and work in the U.S. without needing a passport. For this reason many citizens from there do not have one since they have never needed one.

This article was sent to us by Delta Driving School. They are a Driving School in La Crescenta & La Canada CA and neighboring cities.  Make sure to contact them if you are looking for a driving school in that area.