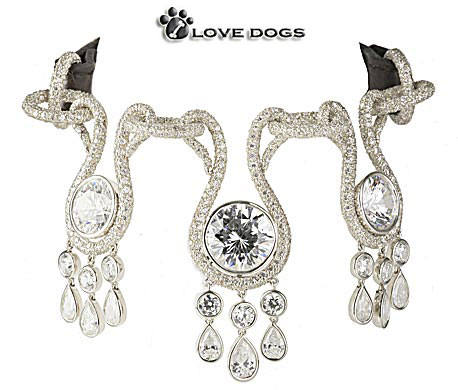 Imagine there’s a dog out there somewhere wearing a collar that’s worth more than you would make in 36 years if you were earning $50,000 per year?

According to research, the world’s most expensive dog collar comes from “i Love Dogs La Collection de Bijoux”, described as a “stunning line of dog collars that showcases over one hundred carats of sparkling diamonds and exquisite jewels.