To say that Anne Heche has a history with acting bizarre is like saying that Paris Hilton sometimes says dumb things. While she has starred in hit films and TV shows (including her latest film Spread and HBO show Hung), she’s probably more known for a personal life that has included high-profile relationships with men (Steve Martin, Lindsey Buckingham) and women (Ellen DeGeneres) and her emotional meltdowns. 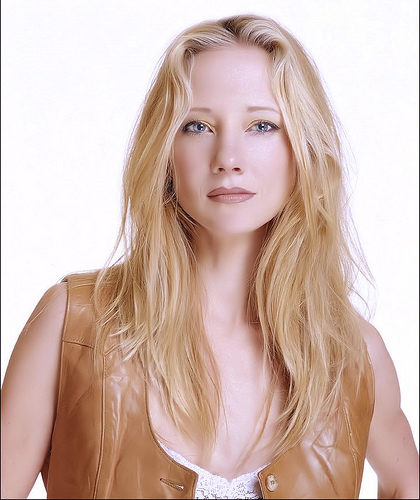 Last week, Heche added another “public insanity” notch to her belt, although she at least avoided showing up at a stranger’s house in Fresno while waiting for the spaceship. Instead, as a guest on the Late Show with David Letterman, she went off on a lengthy, uncomfortable rant against her ex-husband Coley Laffoon, repeatedly calling him “lazy,” mocking his soccer coaching aspirations with their son and intimating that he lives off of the alimony check he receives from her.

That’s just…awkward and painful to watch. Even Letterman seemed uncomfortable, and he’s dealt with Joaquin Phoenix. Still, it’s good to know that regardless of if she’s gay or straight this week, Anne Heche is always a fashionable and entertaining train wreck.