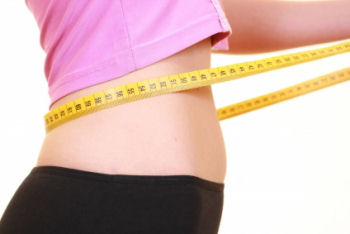 Are you doing crunches and other exercises everyday trying to flatten your lower abdomen, but no matter what type or how many exercises you do you’re not seeing any results?  You might have fibroids or some other growth in your uterus that makes your efforts to flatten your stomach with exercise useless.

I remember years ago, before I got fibroids myself and found myself facing the same problem, my younger sister would complain that no matter how many crunches or other stomach exercises she did her stomach just wouldn’t get flat for anything. I would tell her she was not doing the right exercises, but she would insist that it had nothing to do with exercise. She was convinced that there had to be something growing inside her lower abdomen that was causing it to protrude. It would be years before my sister would discover that indeed, she did have something in her belly that was appearing to defeat her every effort to achieve a flat lower stomach. She had fibroids.

Fibroids are non-cancerous tumors that grow in the uterus or in the womb. Fibroids are said to be very common, occurring in 2 or 3 out of every 10 women over age 35. They can also occur in women in their 20s. You could have multiple fibroids growing in your uterus or womb and some can grow so big that they cause your uterus to expand and your stomach bulge and take on the shape of a pregnant woman’s belly. How much your stomach bulges depends on how many fibroids you have, how big they are and where they are located.

Until a year ago I had no problems keeping my stomach flat. Even if I gained a few pounds my stomach remained relatively flat and all I needed to do was some dancing and some strategic stomach exercises to take care of any bulging.

Then in April or May 2007 I began to notice that my lower stomach was protruding regardless of my exercising habits. Refusing to believe my body was already shifting over into that place where after a certain age a woman’s lower stomach becomes nearly impossible to keep flat, I went to the doctor and lo and behold I discovered I had fibroids. Within just a few weeks of going to the doctor my fibroids grew so big that I looked like I was 4 months pregnant.

Apparently fibroids don’t  shrink until after  menopause. There are a number of treatments for fibroids, but  what treatment you can get will depend on the size of your fibroids. Unfortunately for me my fibroids had grown too big to allow for any of the non-invasive surgical procedures. I was told a hysterectomy would be the surest way to remove my fibroids and ensure they didn’t grow back; but I have a phobia of being cut into by surgeons and having internal organs  removed so I didn’t go through with the planned hysterectomy.

Right now I am trying to see if a combination of diet and exercise will at least shrink my stomach to the point where, with my fibroids still I place, I look 2-3 months pregnant instead of 4-5. And I’ll just have to make up my mind that I can’t wear tight-fitting tops; but then again, I was never much into tight-fitting tops anyway.

The moral of the story is:

If you keep doing crunches and sit-ups and every stomach exercise known to man week after week, month after month trying to flatten your lower abs but you’re seeing no visible results, it might be that you have fibroids, or some other growth in your uterus that is causing you not to have a flat tummy.