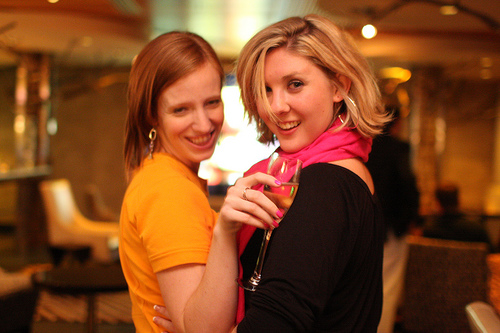 Were you really worried anyway? Do you even have a clue what all the fuss is about? Forgive my stupidity – I’m completely clueless myself; but I don’t think I’ll have any hope of ever becoming a rich bitch if I remain clueless about money and finance. It’s not like I have the option of marrying a rich man. In the first place I am already married and in the second place rich men are usually looking for girls in their 20s.

So I’ve started off my morning reading an article on the Wall Street Journal website titled, We’re Not Headed for a Depression. I’ve been finding the talk about a possible depression ridiculous myself. I think the media intentionally prey on the ignorance and gullibility of the masses. They try to make more of stories in order to keep people watching their news coverage, and everyone goes around talking about “tough economic times” when they have no clue what’s really going on. They couldn’t explain the nature of the financial crisis if asked. They only know what the media is telling them; and the people in the media themselves have no real clue.

Whose financial crisis is this really? The way it has been reported we’ve all just accepted that it’s our financial crisis. The nation’s economy is in trouble because big businesses are in trouble. We understand that the nations ecomony thrives when big businesses thrive and we understand that big businesses thrive mostly because of us giving them our money. We spend and spend and spend and they get fatter and fatter and fatter. Well now they’re having some problems and the government is concerned for the nations economy so they’re going to let us bail out these big businesses so they can keep thriving so the nation’s economy can keep thriving so we can maintain the status quo. Thriving economy, big businesses fattening up the wallets of a select few and we down at the bottom looking up being content that at least our nation is doing well economically.

I’m probably not making an iota of sense so let me stop this train before I totally lose control of the wheel….

Article: We’re Not Headed for a Depression- No, this isn’t the crisis that kills global capitalism