This article was written by Phineas Upham 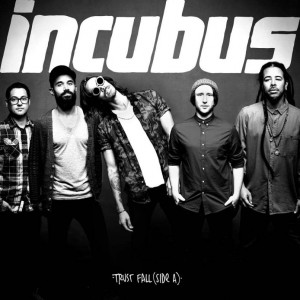 ncubus was not just another 90s metal band. They incorporated a DJ into their sets, and they developed a large female following. The members of Incubus met in high school, at Calabasas in Southern California. Once they finished high school, the band added DJ Lyfe to their lineup and released their first album.

Fungus Amongus would lead them to a deal with Epic/Immortal Records, a subsidiary of Sony. Within two years, the band had put out an EP of their early songs, and they released their first official album S.C.I.E.N.C.E. They opened for Korn and Primus, warming audiences up to thrash metal with hip hop undertones.

Make Yourself was the band’s second official release after they replaced DJ Lyfe with DJ Chris Kilmore. The album was not an immediate success. Though it broke the Top 50 charts, “Stellar” was what truly put the album on the map for many critics and fans alike. Still, the biggest song for the band had to have been “Drive,” which didn’t hit the radio until 2001. After Make Yourself the band toured with Moby. By 2004, the band had replaced their bassist with the bassist from The Roots. True critical success did not come until the band released Light Grenades.

Although Incubus is praised as an ambitious band, their mix of styles also makes them hard to classify. The band uses some unorthodox sounds for rock music, like the djembe and the didgeridoo, and they are known for bringing these obscure sounds to live audiences too.

About the Author: Phineas Upham is an investor at a family office/hedgefund, where he focuses on special situation illiquid investing. Before this position, Phineas Upham was working at Morgan Stanley in the Media & Technology group. You may contact Phineas on his LinedIn page.