Even at the height of her popularity on the TV show The O.C., no one ever claimed that Mischa Barton was the second coming of Katherine Hepburn in terms of acting ability. But she’s recently been given the most difficult acting assignment of her life. I’m not talking about her upcoming TV show The Beautiful Life, but having to convince the public that her recent “involuntary commitment” into the nuthouse was because of wisdom tooth surgery. 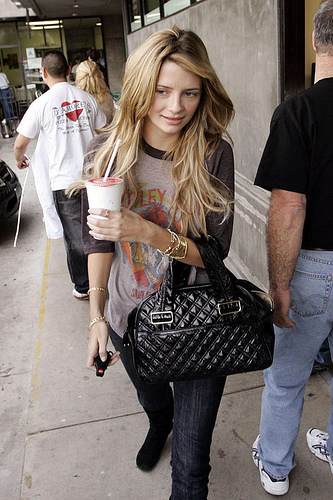 She told TIME OUT NEW YORK that the reason she was in a fragile emotional state wasn’t because of her reported hard drug and alcohol abuse but because she was depressed after a botched removal of wisdom teeth required second surgery. Don’t believe me? Read for yourself:

“Here’s what happened: Before the show started, I was traveling abroad for contract stuff and I went through a terrible surgery—a wisdom tooth surgery, all four removed. It was a nightmare. I’ve never had surgery before—it all went wrong and I had to have a second surgery and it almost delayed shooting because it was a nightmare to me, because I couldn’t deal with the thought of not getting there on time. So with the travel, and surgery and prep for the show—it was hell.”

You’d pretty much have to be the love child of Sean Penn and Kate Winslet to have the acting options to sell me on that story and not some starlet like Barton. Couldn’t she have just used “exhaustion” like everyone else?